I remember the first time I talked to someone who actually knew football. Not in the way that they could name every player on their favorite football team, or knew all the fantasy scores. I’m talking an X’s and O’s, offensive versus defensive strategy way. Up until that point, football had always operated in my mind as get ball in end zone or try to stop other player from getting in end zone. Instead, it turns out there’s a whole lot more to it.  When do you blitz? When should you run a play action? Zone or Man Defense? Nickel formation or Dime? How is the quarterback reading the defense? There’s a whole lot that goes into it that I didn’t actually realize from the comfort of my couch on the weekend.

The reality is that most things are like that. Usually things that seem incredibly simple, actually are much deeper than one might think. It’s very easy to go down the rabbit hole on any topic.

Dress shirts are one of them. Heck, today’s post is all about Collars.

There are basically three types of collars that you will encounter: Button-down, point, and spread. 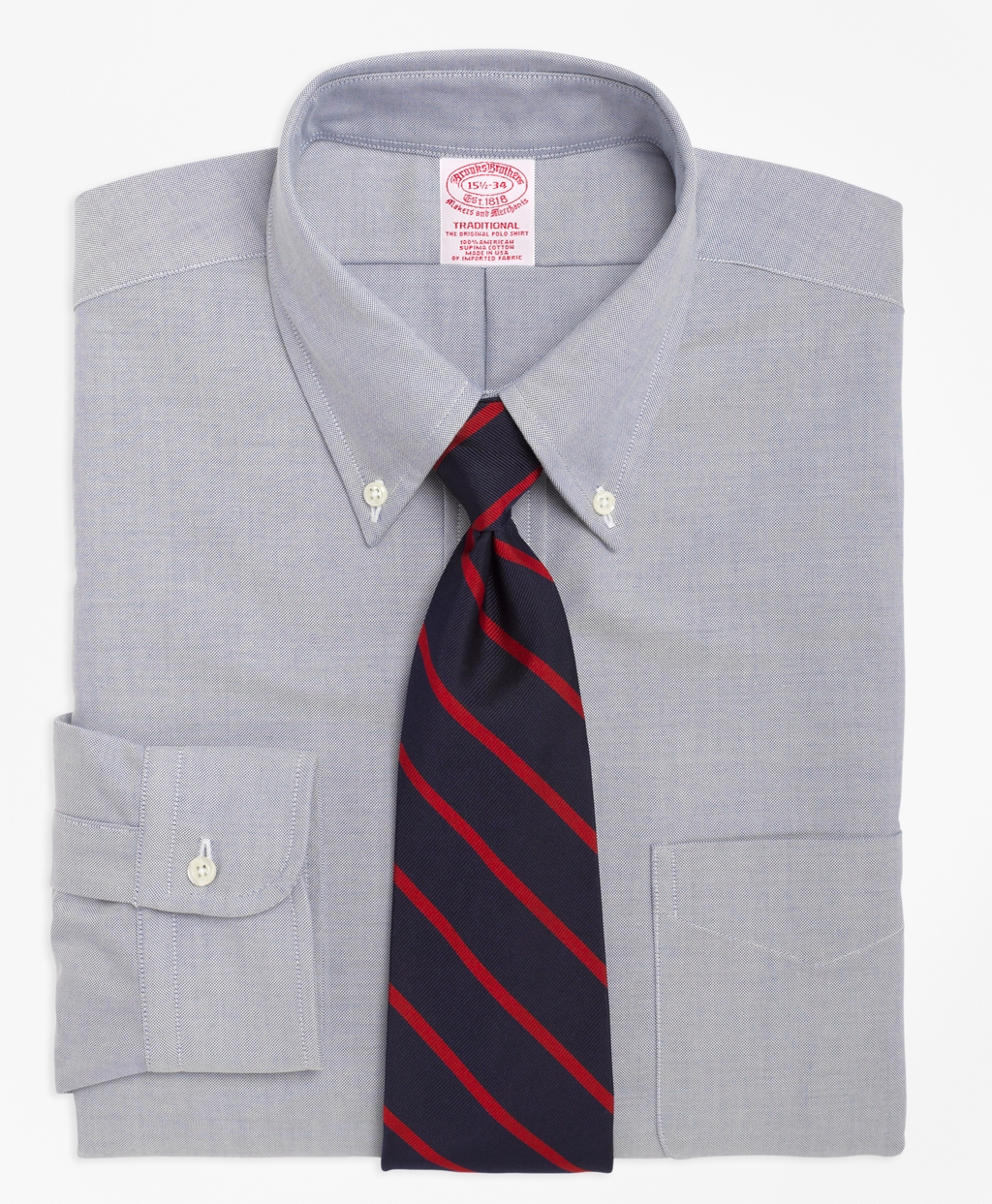 The Button-Down shirt is a staple. It has its roots around the turn of the 20th century. Supposedly, one of the Brooks Brothers came up with the idea for the shirt when watching a polo match in England.  The players collars kept flying up in their faces while playing the match, so the legendary retailer made buttons to fasten the collar to. This was the original polo shirt.

With all that being said, the button down is probably one of the more casual dress shirts there is. Can it be worn with a suit. Yes, but by doing so you are dressing down your outfit. If you show up to a major business meeting or job interview in a button down collar, you’re doing it wrong. It’s more for the summer party, or a pair of khakis and a sport coat. While the shirt pictured above by Brooks Brothers has a giant knot, I would not recommend a full or half windsor with a button down shirt. A four in hand knot or a Prince Albert Knot for your button down shirts. 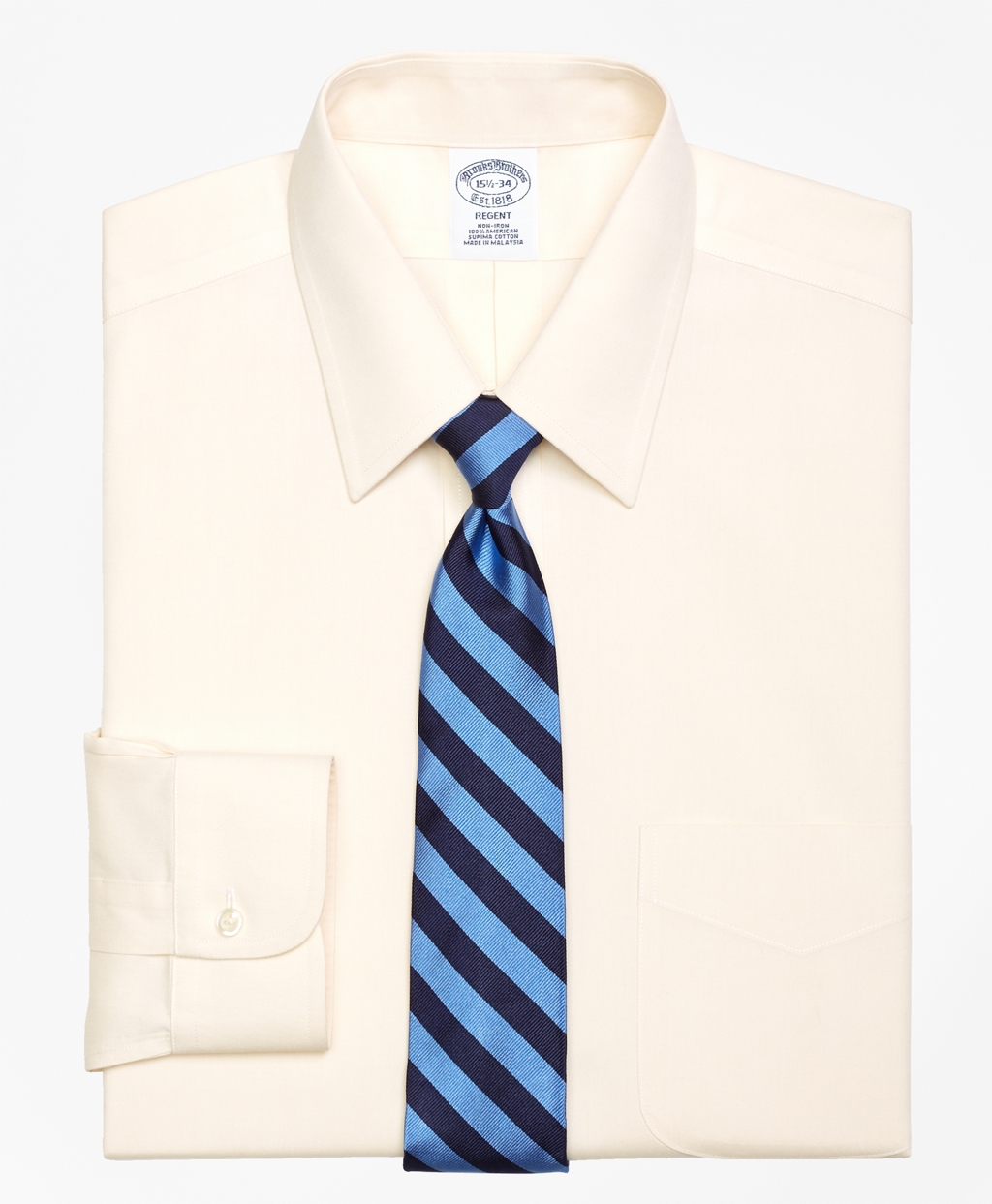 The point collar is more common, and more formal than the button down. It is generally more traditional, and can and should be worn with a suit. Some point collars are washed, and meant to be a bit more casual, but for the most part, the point collar is going to come with collar stays to help keep it rigid and straight. If you’re really serious you can get yourself some fine brass collar stays to keep everything in place. 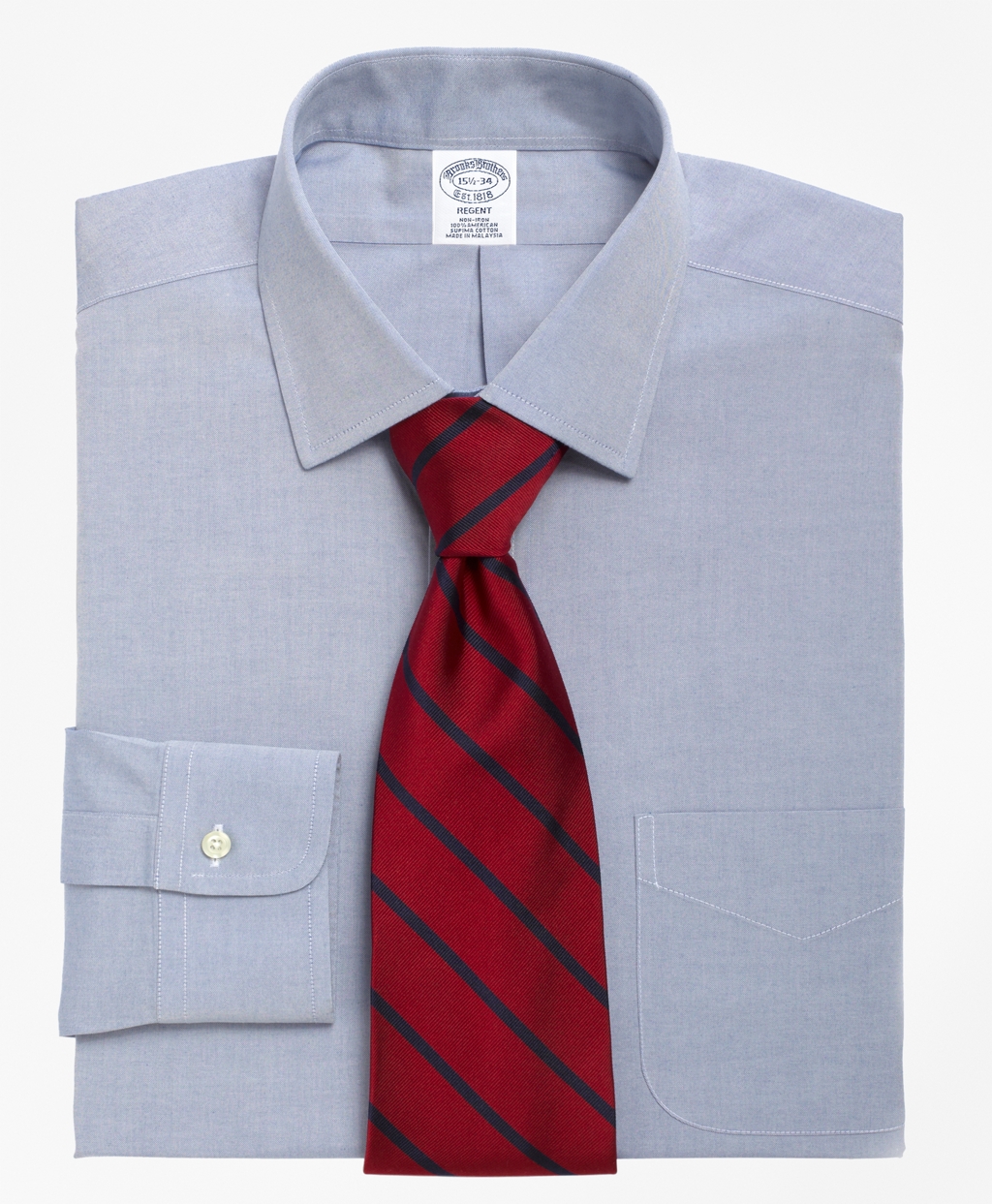 Last but not least is the spread collar. This collar is meant to accommodate larger knots. The spread collar is more modern in style now. For ties, again, a larger knot is needed for this collar, either a full windsor or half windsor. With that being said, I have seen many of the campaigns from Suit Supply show men with cutaway (even wider than spread) collars with small knots and knit ties. And it works. But this is a more avant garde and modern take. If you are looking for a classic look, stick with a larger tie knot.

Today’s fold is a valley fold. An simple looking fold with a touch of intrigue, I like the levels that this fold creates with the square.

1. Start with your square. This is a larger one. If you use a smaller one, you may not need to fold over as much.

2. Next, fold up about an eighth of the way up the square.

3. Fold over the last fold you made, heading towards the center of the square.

4. Fold over that fold again, continuing to move towards the center.

5. Fold over again with the edge of your fold reaching just about the middle of the square.

6. Repeat for the other side.

7. Fold in half with the two folds facing up.

8. Fold the bottom of the fold up so it will fit in your pocket. Pull apart those two side rolls, so that the middle is visible.

9. PLace into pocket, again making sure that the middle is peaking through, creating the varying levels that makes this fold interesting.