In college, it was rare that you needed to wear a tie. I mean some people did, if they were in something dorky like student government. Then you wore a tie for meetings and stuff.

So, at the very least I knew how to tie a tie. And more than that, I knew how to tie a tie two ways: a half windsor and a four in hand. This made me a pretty sought after commodity around my dorm around interview/formal dances/ fancy dinners time. Let me tell you something though. It’s pretty awkward to tie another mans tie for him. It’s a pretty intimate act, and ideally would be done by a significant other. But this was 2005, and if none of the young men knew how to tie their own tie then certainly none of the girls did.

Thankfully, most of my friends figured it out eventually, so they didn’t need to have a ginger 6 inches from their face fiddling with their neckwear. Or they just ruined a couple ties by leaving it tied so I wouldn’t have to re-do it. If you’re reading this, don’t leave your ties tied, that’s a bad idea.

There’s one piece of neckwear that still baffles most men though. The bowtie. I literally had to learn it 3 or 4 times before it finally stuck. And after struggling to tie one and forgetting in a J Crew to impress the girls working there, I was so embarrassed I finally resolved to stick it in my head.

And it’s actually not that hard. But here’s the problem, most picture step by steps lead you up to the point where you make a bow, and then have some weird squiggly lines, and then show a bow tie. It’s the part where everything comes together that’s tricky. But now, I can do it without even a mirror.

This guide from vineyard vines gets you to step 6 and then basically leaves you high and dry. It’s that last step that gets people. It’s really hard to go from the point in step 5 were you have basically one end making the shape of a bow tie, and the front going around, but you have no idea how to make it go together. But in reality its very simple. You just need to find the hole. Once you do that, it’s very simple.

For purposes of this explanation, I’m going to assume that you can get basically to step five on your own. Make sure you have one side of the tie longer than the other, and once you’ve looped it around again, that’s as tight as the bow tie is going to be around your neck, so make sure it’s tight enough. 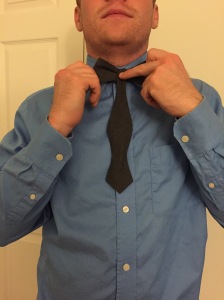 You are holding the bowtie shape in place with your finger, while the end hangs over the front. You’re almost there. 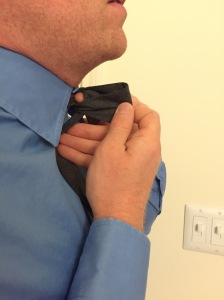 This right here is the key. You see my finger? That is the hole that you are looking for. It should be behind the bow. Make sure to hold it all in place. 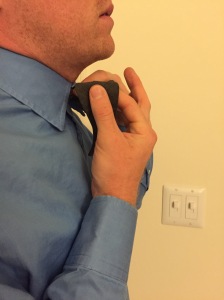 Now take the middle of the long hanging end and bring it through that hole that you found. 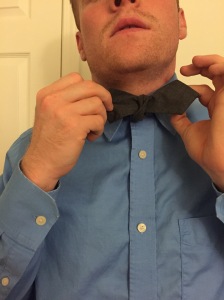 You can see me pulling it through the hole. 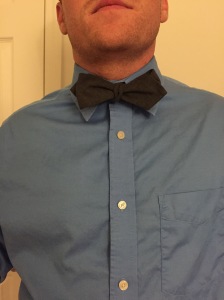 If you master this, you’ll be able to rock the bow tie with ease, adding another weapon to your sartorial arsenal. Plus, you can thumb your nose at those pre-tied bow tie people. It is just not the same, and real ones look way better untied. 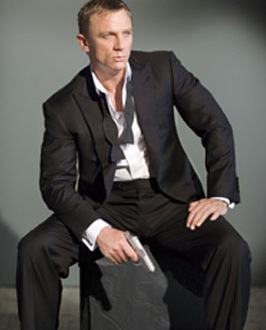 Honestly I don’t know why the untied pre-tied bow tie is even a thing. But it is so much better to just tie your own. And now you can.

Also you can pair it with a cool new Pocket Square fold too! The Two Ripples fold. I like this one because it has a lot of texture and character, without being ostentatious. 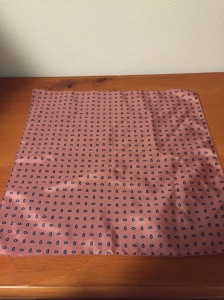 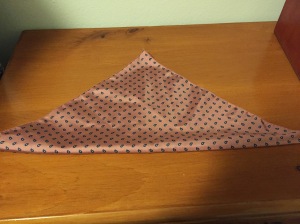 3. Then fold in half diagonally again.

4. Then fold the tip down in half. 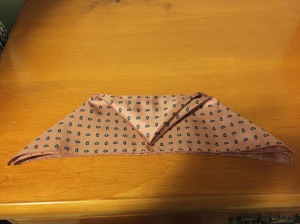 5. Flip it over. Those two folds of fabric will be the ones that you are folding back towards the center. 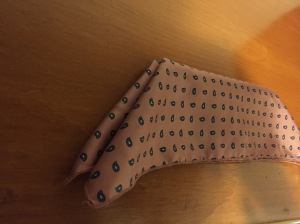 6. Fold that corner back towards the center of the square. 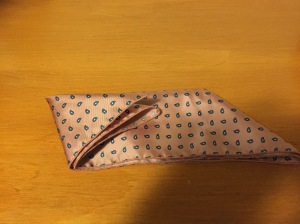 7. Then flip it back over again. 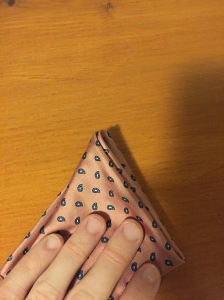 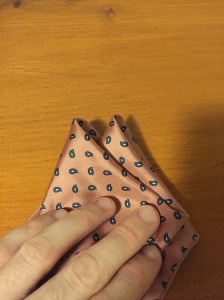 9. Fold the bottom of the square up to lock in the fold. 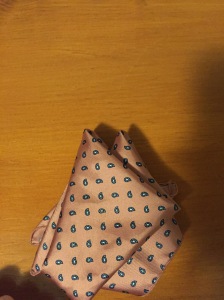 10. Insert into pocket and arrange. 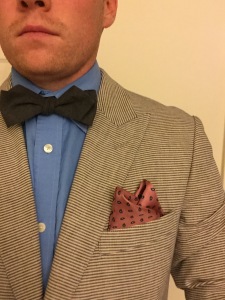 There you have it. Any questions, or struggles with the bow tie, feel free to contact me: seamus@smkstyle.com